Well managed towers offer numerous advantages to the user, and can handle many farm needs. Any biological organism can be manipulated to promote numerous objectives for the farmer. A positive outlook on all aspects is a prerequisite for successful application, while a negative stance will damage numerous operations. This includes an inability to control predation on livestock, invasions by weed species and insects, poor motivation of labour and other managerial difficulties.

The importance of thought form and mind power is stressed by many writers, and seen often in the field. Each farm shows the mental impression of the person controlling the area and is unique. Broadcasting activities can and should be limited to the target area only so as not to disturb the properties of adjoining landowners.

The devices are designed to distribute energies in a variety of frequencies to a defined environment so as to meet the needs of management. The units are induction driven and are sited so as to use available magnetic fields coupled with the incoming solar or cosmic radiation to drive the various quantum circuits. Advanced models are assisted by oscillator based systems to overcome the constant variability in the normal cosmic cycles, and can be further improved through adapting inductor parameters to site-specific requirements.

The present day devices are based on the concepts adopted by the builders of the ancient Irish and Scottish stone towers which date from the 8th century. These large towers (35m plus in height) were built to enhance growth of crops and pastures, and hundreds were built, many are still in use (fig1). 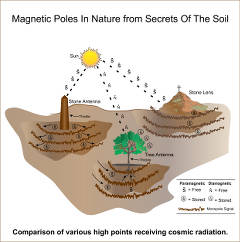 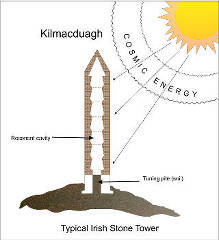 Modern equivalent towers, originally devised by T. Galen Hieronymous, and since modified, are suitable for use in bio-dynamic and organic farming systems or business models. In today's agriculture the units allow the manipulation of most plant and animal life forms found on farms. Major uses are the enhancement of crops and pastures, the control of weeds, substitution of fertilizers, control of insects and the retarding of predation on animal herds. Odd reports have been received of improved rainfall on farms where these devices are installed compared to adjoining farms not using these devices. 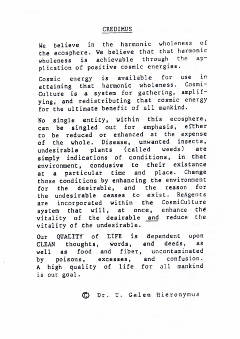 Landowners can also combine a Bovis-biometer reading of the state or vitality of the soil cover at any given point. On an 18 unit scale a number may be dowsed to indicate the present vitality of the plant growth. A figure of 6.5 and less is a good break point for the desertification of that piece of land. A figure of 16.5 and above is often seen in irrigated pastures and in some orchards, while 7.0 -10. can be found in over stocked drought prone camps. 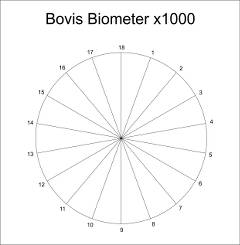 The performance of a device will also always depend on the geology of the site, as well as the soil moisture level. The site suitability should be established before towers are erected on any site and reach distances dowsed to indicate the expected area treated.


Construction and siting of towers

Location of Sites for Towers: Define the target area based on the designed area potential for the particular device. Always target those parts of most interest, avoiding seldom used or grazed areas. Dowse using any device to locate a suitable positive magnetic field, then seek a second intersecting field on the first line. Often up to five or more fields can intersect at one point. Check and recheck ( a pendulum is a suitable indicator) to ensure each field is clearly a positive line. 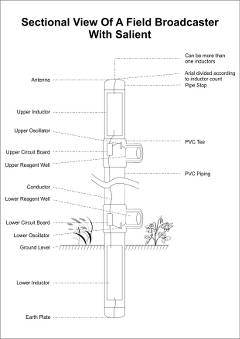 Many magnetic fields consist of 3 lines: a central positive line (which can be a triad of fields) and two or more negative reflections, one on either side of the positive lines. Depending on the immediate topography, the farmer should also carefully consider the reach of each tower. This can be estimated using the pendulum sheets provided for any direction of interest. Remember to select only broad say 4m or more wide distances between positive fields and their reflections. 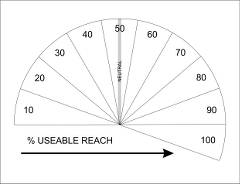 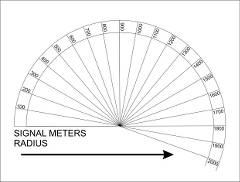 Once a site is found, dowse to check and recheck its utility. Narrower distances (between positive lines and reflections) may result in the magnetic fields being lost in times of drought or high transpiration rates. At all times a small soil moisture content is essential to ensure ground energies are transmitted effectively to the targeted areas.

If steep gullies are present, interspersed with flat areas, a workable positioning plan may include a tower covering the flat land and other towers the higher elevated areas. The hectares involved will also be a consideration. In cropped areas pay due attention to soil variation and types using different towers where major differences are found.

More information on the importance for optimism and the structure of cell function from a a doctors point of view:l